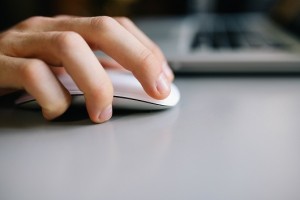 VICTORIA— The just announced review into the iHealth system is the latest admission by the Christy Clark government of its incompetence in managing IT projects, says New Democrat health spokesperson Judy Darcy.

“For many months, physicians, nurses, other clinicians, and the Official Opposition have been warning the Minister of Health about the inoperability of the iHealth system at Nanaimo Regional General Hospital. And for many months, the B.C. Liberal Minister of Health has downplayed these concerns, and in doing so was allowing patient care to be put at risk,” said Darcy.

“Yesterday, the minister finally accepted the need for an external review demanded by the hospital staff and the Official Opposition.

“What is equally troubling is that this is yet another IT boondoggle by this government, another instance of grave mismanagement that translates into risk for services and wasted taxpayer resources that could have gone into frontline care.”

The B.C. Liberals have an established record of gravely mismanaging IT projects, characterized by more than a billion dollars in waste and severe operational problems:

BCeSIS: Initiated by then-Minister of Education Christy Clark in 2003, BCeSIS was the $97 million failed system that MyEd BC is replacing.

Integrated Case Management: The $182 million system meant to help deliver social services. The Representative for Children and Youth called it a “colossal failure” that is putting vulnerable children at risk.

Clinical Systems Transformation Project: The B.C. Liberals recently fired the primary contractor on this $842 million project and it is now unclear when it will be ready or how over budget it will be.

Panorama eHealth I.T. system: With $114 million spent to date, this project is already 420 per cent over budget and is not yet fully functional.

Electronic Health Records Initiative: A report by the Auditor General in 2010 found that this online service responsible for providing medical information to British Columbians was poorly planned and grossly over budget by almost $100 million.

Maximus health care I.T. management: This contract was renewed in 2013 at a 40 per cent increased cost, $264 million for an extra five years, even though the bidding had no competitors and the Auditor General had reported serious problems with service levels and privacy protection.

B.C. Hydro: In 2009, Hydro embarked on a 5-year, $400 million plan to upgrade its I.T. systems, saying it would save money. Six years later they’re $100 million over budget, the job is only half done and operating costs are up.

JUSTIN System: An integrated criminal case management database responsible for storing some of the most sensitive information in government – police investigations, court documents and victims or witnesses of crime – was found by the auditor general to be inadequately protected from external or internal security breaches. The system wasn’t even able to determine if a breach occurred, meaning if a breach had already happened, we wouldn’t know.