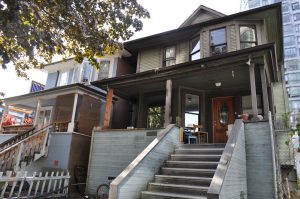 COQUITLAM– The Christy Clark government is ignoring a rental housing crisis that is getting worse by the day, hurting families and communities around British Columbia, says B.C. New Democrat Leader John Horgan.

“People and families are scrambling to find affordable rental housing here in Coquitlam and across the Lower Mainland, and they aren’t getting any leadership from Christy Clark,” said Horgan. “People want to know why the Christy Clark government has not acted to protect renters and increase the number of rental homes in this overheated property market.

“We’re speaking with people about finding homes to rent in their communities, and they’re telling us it’s harder and harder to find places that they can afford. People want the B.C. Liberal government to step up and fight for affordable housing, but Christy Clark isn’t leading the way.”

Horgan said fair tenant relocation policies are needed, and the province should take the lead. Standards for requiring relocation plans for tenants and replacing demolished units need to be in place around the province, not just in some communities.

New Democrats are calling on the Christy Clark government to take a first step towards improving the affordability and availability of rental housing by updating the Residential Tenancy Act and pursuing innovative federal-provincial-municipal cooperation to spur new rental construction.

“Again and again, Christy Clark has rejected New Democrat bills to protect renters from renoviction and help people living in manufactured homes,” said Horgan. “As Christy Clark continues to neglect families and communities by ignoring affordable rental housing, it’s become clear that her government is only interested in fuelling the out-of-control property market.

“Stable, affordable housing is intimately linked to the health and success of families, workers and the economy as a whole. Christy Clark’s neglect of rental housing shows that she just doesn’t get it.”