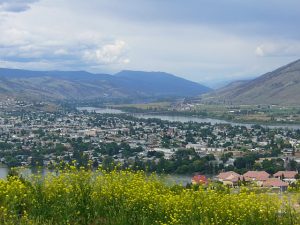 KAMLOOPS – People in Kamloops know it is getting harder to find affordable housing, and New Democrat leader John Horgan says that’s because the Christy Clark government ignored the problem until it spiraled out of control.

Horgan visited Kamloops Wednesday, and spoke with media alongside residents and activists concerned about the availability of affordable housing in the region.

“Christy Clark let the market spiral out of control, and now she’s trying to look like she’s doing something – but her foreign buyers’ tax won’t make housing more affordable for people here in Kamloops,” said Horgan.

“People all across this province are struggling to buy their first homes, scrambling to find space for growing families, and being squeezed by ballooning costs and low availability of rental homes. This isn’t just a Vancouver problem. But Christy Clark doesn’t seem to get that,” said Horgan.

Families have real concerns about rising healthcare costs, all the extra fees for their kids in school and the big increases to B.C. Hydro bills and ICBC that are eating up their household money.

British Columbians want leadership on affordability, and they’re not getting it from the Christy Clark government,” Horgan said.