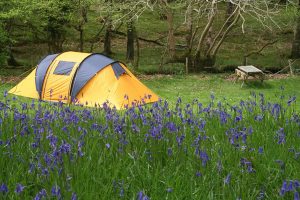 “Christy Clark raised B.C. Parks camping fees yet again this year, and families have never had so much trouble booking a spot for a vacation,” said Horgan, speaking from Okanagan Lake Provincial Park, where camping fees went up more than 16 percent just last year.

“People lucky enough to find a campsite here at Okanagan Lake are being forced to pay even more money to experience one of the jewels in our provincial campground system this year. The Christy Clark government is making it harder and harder to enjoy the beautiful campgrounds British Columbians have already paid for with their taxes, and I say it’s time to let B.C. camp,” Horgan said.

“After a decade and a half of rising costs and stagnant wages under the B.C. Liberal government, families need access to affordable vacations more than ever. Yet it’s never been more difficult to secure a campsite at B.C. Parks.”

Horgan said since 2001 the B.C. Liberals have closed more than 3,000 drive-in camp sites and reduced camping seasons at 45 B.C. Parks campgrounds. Two provincial campgrounds, Skutz Falls and Koksilah River, have been shut down altogether. Horgan noted that while fees go up year after year, the Christy Clark government is spending less and less on protecting and enhancing parks.

“In 15 years of government, the only substantial addition the B.C. Liberals have made to B.C. Parks were parking meters. That they later took them out after people rejected them doesn’t change the fact that the Christy Clark government only sees B.C. Parks as another way to tax hardworking British Columbians.